Overview
|
History
|
Our Staff
|
Why Choose Us
|
Testimonials
|
Contact Us

The family owned business was founded by Bill McDonald Sr., the son of the late Joseph and Esther McDonald. In 1952 at age 21, Bill Sr. became the youngest licensed funeral director in the Commonwealth of Massachusetts. Prior to that he proudly served his country in the U.S. Army, attended Boston University and graduated from New England Institute in 1949. 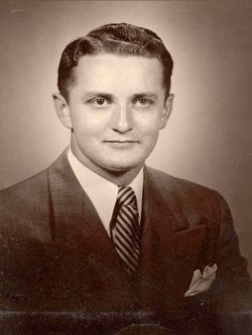 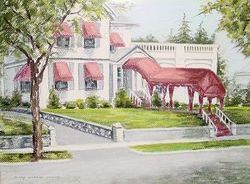 Early on, McDonald Funeral Home survived some very lean years... not unusual for a start-up business. Bill Sr. had the faith, courage and conviction to persevere through all the difficult times and challenges that came his way.

His support system for his business venture included both of his parents. His mother Essie would provide phone coverage and administrative help as needed, allowing Bill to do trade work at a number of the more established funeral homes in the area in order to "make ends meet". His father Joe, a well- known tenor, would work visiting hours and funeral services, often "doubling up" by ducking into the old St. Joseph's choir loft to be the soloist for the hymns during the funeral mass.

Bill and his parents, like most funeral director families at that time, lived on the second floor of the private residence, the first floor having been renovated to become the original funeral home. Shortly thereafter, the third floor was renovated after Bill met and married his wife, the former Ruth Sweeney of Andover. Over the years, the couple had six children, and eventually moved to a private residence in town to raise the family.

The funeral home has undergone many more renovations since, likely making it difficult to recognize by those families originally served. The family remains dedicated to ongoing improvements to the facilities in order to better serve the needs of the community. Through all the years and changes, many of the historic remnants of the original home, much like the original business mission, "To Provide Value and Dignified Service" remain intact and serve as the literal and figurative cornerstones of our business.